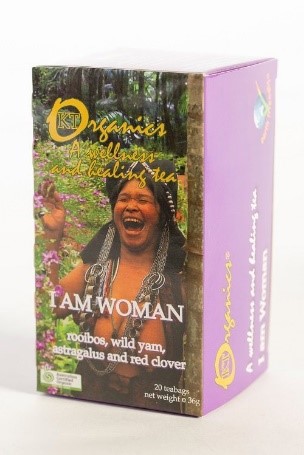 I Am Woman is a popular choice for people using an herbal tea of balance of body and mind.

We have long wanted to make a woman’s support tea and have carefully considered an effective formula which may be helpful to women of all ages.

That is why the I Am Woman is a product specifically tailor made for the health needs of a woman. Rooibos contains a potent antioxidant which is said to retard ageing. The leaves that are used in the making of herbal tea are called Rooibos or bush tea, a term that is more prominently used in Southern Africa. The tea has been popular in Southern Africa for generations and over the last few decades, the world has been taking to herbal tea as a natural medical alternative.

Be the first to review “I Am Woman” Cancel reply