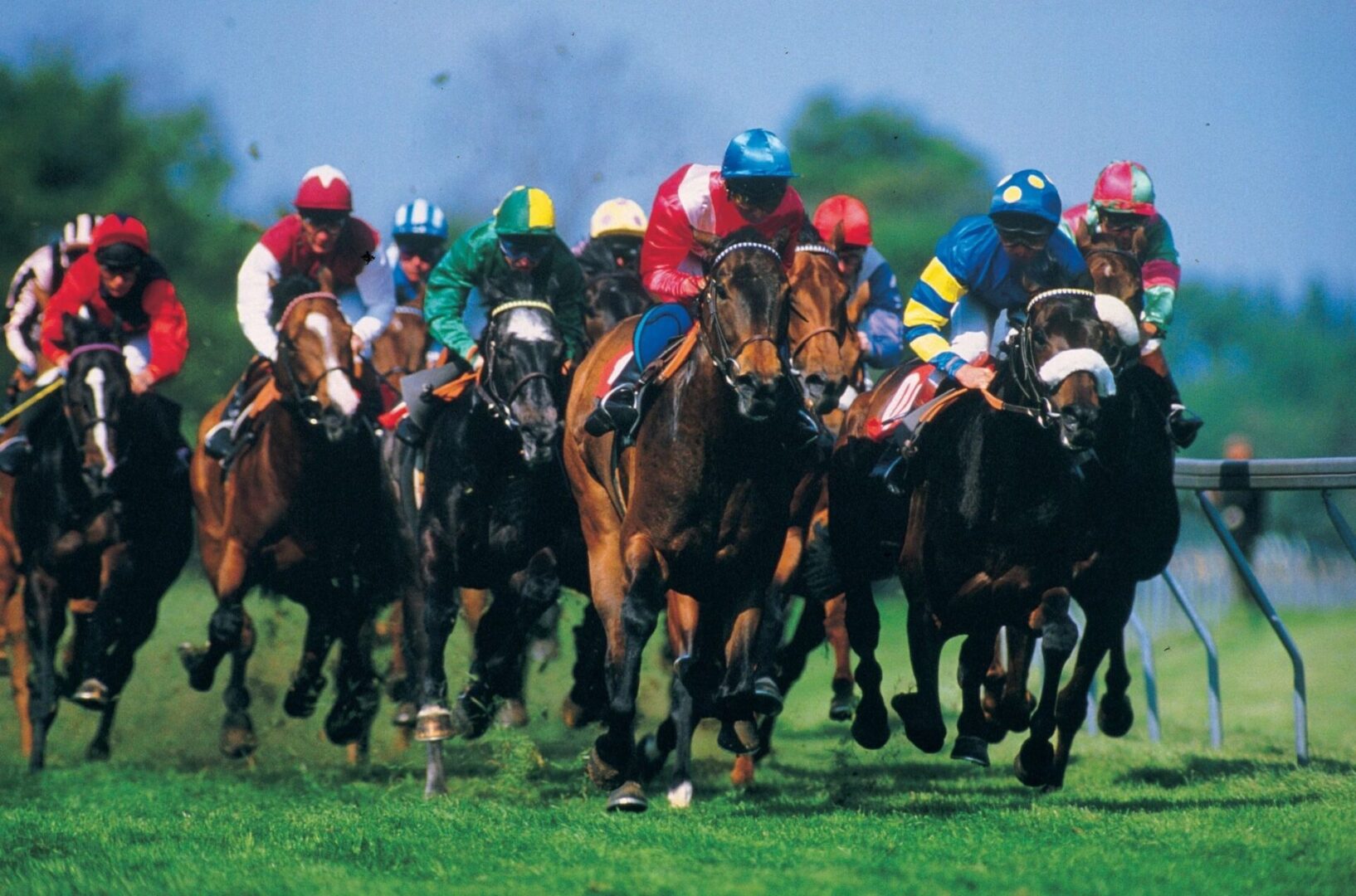 The one day of the year that stops a Nation.
This event takes place on the first Tuesday in November.

The Melbourne Cup, Victoria, Australia is a race for thoroughbred horses which come from all over the world to win this prestigious award – Ireland, France, Singapore etc.  The prize money and trophies make it among the richest horse races in the world.

The Cup was originally run on Thursday in 1875 but was later changed to Tuesday and is now normally run on the first Tuesday in November.  During this early period, Ballarat and Bendigo were experiencing a gold rush and many people had arrived (from other parts of Australia and overseas) to make their fortune in the goldfields.  Some had money and headed to the Melbourne Cup to increase their holding.

During 1965 Jean Shrimpton (English Model) appeared at the Derby Day in Australia wearing a dress that ended four inches above the knees.  Shrimpton caused a scandal and popularized the miniskirt.  Today there are prizes for the best dressed whilst others dress in outrageous outfits and sit on the ground at Flemington (this is the racetrack) with their Champagne and food to make it a day.  The stands are of course the best place to bet and to eat in comfort while watching the race.

Probably the most famous Melbourne Cup winner was Phar Lap.  No other horse could catch Phar Lap but mystery surrounds the demise of this wonderful horse.  We have just seen another champion with the strength to measure up to Phar Lap.  Black Caviar is her name but she was retired from racing after a record 21 winning races and a prize pool of $M6. She has recently given birth to a foal and the eyes of the world will be watching to see how her offspring perform.

Next Tuesday at lunchtime every hotel’s dining room will be bursting at the sides as well as all the restaurants and clubs. The Clubs and Hotels will have a “betting window” for the patrons and Sweeps for the non-adventurous. Prizes are given for the best outfit or hats.  This is the one day of the year that everyone places a bet even if they hate gambling – it is an Australian tradition.