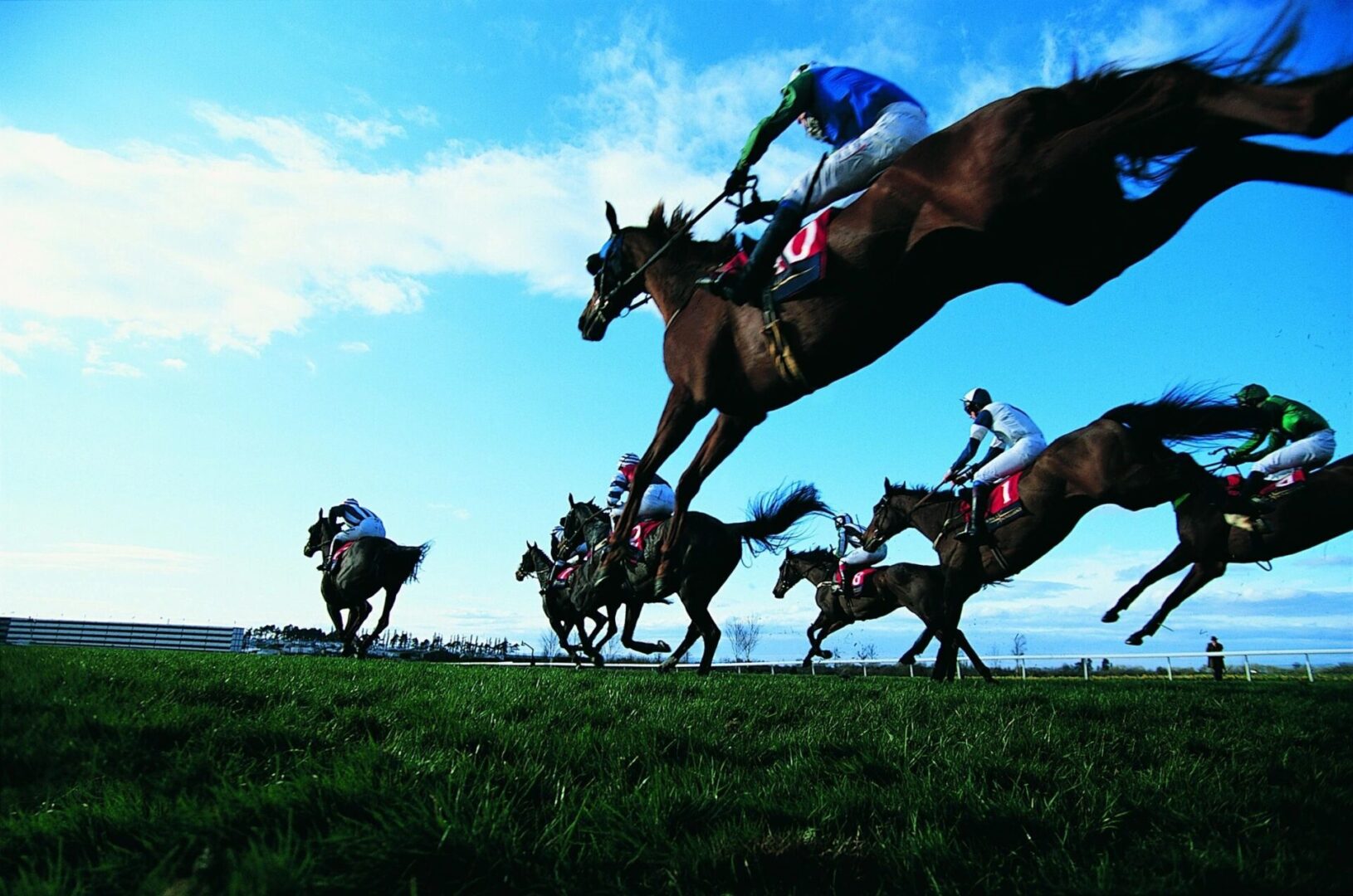 This year is the 100th anniversary of World War 1, and we should pay tribute to the brave Light Horsemen and their horse – The Waler.

Every year in August the Jondaryan wool sheds in Toowoomba, West of Brisbane hosts an Australiana Festival of our history and the Light Horsemen of the 12th Regiment enact how the water wells were captured at Beersheba on 31 October 1917.  Stuffed fabric representing heads of the enemy are swiftly cut off with sabers as the horse and rider pass by at a rapid pace.

The Australian Light Horsemen and their horses were generally from the country and were accustomed to the harsh conditions of the outback.  For the first hundred years of settlement, horses were the only means of transport.

The Light Horsemen were first used in the Boer war.  When war broke out in 1899 between Britain and the Boers of South Africa (“Boer” was Dutch for farmer) Australian sent troops to fight.  Britain was not sure about the use of these unprofessional colonial cavalrymen.  It did not take long for the sough-hatted Australian “Bushmen” to convince the authorities that they were a match for the fast-moving commandos of the Boers.  The Outback had hardened these horsemen who were used to going for a long period with a little water and food.

When Australia joined the war against Germany in 1914, there were twenty-three Light Horse Regiments.    By the end of the war, sixteen regiments were in action.

The cost of a horse was £30 ($60) and the Whalers were the chosen breed, and they were a stock horse type – strong, great-hearted animals with the strains of the thoroughbred and semi-drought to give them speed, strength, and stamina.

Each regiment lived and fought with a series of four men “sections”.  When they went into action, three men would dismount to fight as infantry while the other man led the four horses to cover until they were needed for a further advance or withdrawal.

The horses carried everything their master needed.  The extra clothing, food and personal possessions were in a canvas haversack carried over the shoulder.  Across the other shoulder hung a one-liter water bottle.  As well as the 90 rounds of ammunition in his bandolier, he carried ten rounds in the .303 (“three-oh-three) rifle slung over his shoulder and another 50 rounds in pouches on his belt, which also supported the bayonet and scabbard.

The horse was carefully fitted with the special military saddle, designed to carry a remarkable array of equipment with the least possible discomfort.  The saddle was built on a pair of felt-padded wooden “bars” which sat on either side of the horse’s spine.  These were joined by steel arches with a shaped leather seat placed between them.  Across the front was strapped a rolled greatcoat and waterproof groundsheet. Mess tin, canvas water bucket, and nosebag with a day’s grain ration were slung at the back of the saddle.  There was also a heel rope, a removable length of picket line and a leather case with two horseshoes and nails.

The man’s blanket was sometimes carried in a roll, more often spread under the sale on top of the saddle blanket or rug.  Most men added to this collection of equipment a Billy and a tin or enamel plate.

Later in the war, troopers were issued with leather saddle wallets to strap at the front of the saddle.  Some also received swords and leather rifle buckets or scabbards.  Often the horse carried an extra bandolier of ammunition around its neck, a large grain sack (called a “sandbag”) strapped across the saddle wallets, and an extra nosebag slung behind.

When fully loaded, Walers often carried between 130 and 150 kilos (286 and 330 lbs.).  It is hard to imagine how these men executed their mounted charge with such a load.

The Commander in charge of the operation was General Sir Edmund Allenby, who had only been appointed in June that year.  The British headquarters had been at the Savoy Hotel in Cairo, but Allenby wanted to be nearer the action and moved everything 240 kilometers nearer the front line.  Allenby knew what the Light Horsemen could do because he had commanded a squadron of Australians in the Boer War.

He decided not to attach Gaza again but rather attack from the other end of the line, Beersheba.  He prepared for the siege by having a British officer lose some faked papers which made the Turks believe that there was a new attack on Gaza which would be covered by a mock attack on Beersheba.  He planned a series of night marches in which the British Infantry prepared to attack Beersheba from the west and south while the Desert Mounted Corp under Chauvel would sweep out to the waterless east and attach from the desert.  It was imperative that the seventeen wells at Beersheba be taken in a day because nearly 60,000 men and tens of thousands of animals would be desperately short of water.

The Battle of Beersheba was launched at dawn on 31st October 1917 and lasted throughout the day.  The British Infantry captured most of their objectives, but the Australians and New Zealanders had to make dismounted advances across open ground against two strongly defended hill-forts.

By late afternoon, two strong points had been taken, but there were still heavily manned trenches protecting the town?

It was suggested to Chauvel that the 4th and 12th Regiment make a mounted charge against the remaining defenses.  It had never been heard of – a mounted charge across three kilometers of open ground against infantry and supported by artillery and machine guns.  The two regiments formed up behind a ridge and moved off in a classic three-line charge formation, going from walk-march to trot, and then canter.  The Turks recognized the horsemen as mounted infantry and the order was given “Wait until they dismount, then open fire.”    Suddenly about two kilometers from the trenches the light horsemen spurred to a gallop while drawing their bayonets for protection from the ground enemy.  The Turkish artillery opened fire and shrapnel exploded above the lines of horsemen.  Some were hit, but the Turks could not wind down their guns fast enough, and soon the shells were bursting behind the charge.  The machine guns opened fire from the trenches, and again some men and horses fell.   The Turks were unnerved by the huge mass of light horsemen and forget to adjust their sights.  Their bullets began to whistle harmlessly over the head of the charging troopers.

The light horsemen jumped the trenches and headed towards the town as demolition charges started to blow up; the precious wells and key buildings.  Within minutes, the German officer in charge of the demolition had been captured by the light horsemen and the wells were saved.

By nightfall, Beersheba was in the hands of Allenby’s army.  Of the 800 men who rode in the charge, only 31 had been killed.

Soon after Gaza was taken and then in September 1918, Allenby struck near the Coast and bombarded the Turks.  In three days 15 000 prisoners were taken and within a fortnight, there were 75 000 prisoners.  After a terrible massacre of retreating Turks in the Barada Gorge, Damascus fell on 1 October almost without a fight.  Damascus was an unhealthy place and epidemics of influenza and malaria swept through the Desert Mounted Corps.  Dozens of men who had survived ANZAC and the desert campaign died in hospital.

Most of the men planned to buy their Walers from the Army but because of quarantine regulations, the horses had to stay.

The horses had their mains and tails cut and their shoes removed – iron and horse hair were saleable.  The horses were to be skinned after being shot, and seven pounds of salt was allowed for the salting of each hide to be sold as leather.  The men thought this was more humane than leaving them behind to be mistreated.

“They shall not grow old, as we that are left grow old,
Age shall not weary them nor, the years condemn,
At the going down of the sun and in the morning,
We shall remember them.”